Studies have confirmed that Botox has anti-depressant effects. Patients administered with Botox have shown improvements in mood and self – esteem that outlast improvement to their wrinkles in clinical study. A wrinkle reduction is amazing but aside from that it seems that Botox has several other interesting benefits!

Lately, we have stumbled onto two more important uses for this amazing product! 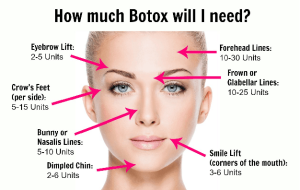 Studies in JAMA Facial Plastic Surgery (published online May 21, 2015) showed that Botox (BTX-A) not only relaxes muscles assisting with the relief of wrinkles, but also rejuvenates aging skin. After an injection of Botox (BTX-A) actually altered collagen and elastin fibers in the skin, which not only makes the skin look less wrinkled but also makes it appear younger overtime. Even studies looking at UV damage in the skin have shown minimization of damage with Botox (BTX-A), and a link has been established to Botox (BTX-A) injections and the prevention of free radical release by cells—essentially an antioxidant effect. Dr. Joely Kaufman, a board-certified dermatologist out of Miami, has been studying this effect for years and agrees that Botox (BTX-A) softens the skin and makes it look even more flawless.

Botox for Treatment and Scar Prevention

Another study in the September/October edition of Wound Repair and Regeneration is demonstrating the effectiveness of early post-operative Botox (BTX-A) injections for minimizing surgical scars. The study seems to indicate that Botox (BTX-A) may also improve keloid scars and prevent the muscle tension along scars that can lead to scar thickening. Again, it is hypothesized that this improvement results from the ability of Botox (BTX-A) to effect collagen production.
Both of the studies mentioned above are smaller-scale studies, but the results seem promising.